The SI measurement system (metric) makes physical sense, and yet, the United State continues to persist in using confusing units of measurement. But that doesn't mean you have to participate.

A couple of months back I switched my GPS running tracker to kilometers and it's great. My pace looks faster (km/min), I can easily benchmark myself against popular races like 5K or 10K, and I can practice simple mathematical conversions if I'm feeling nostalgic for miles.

The next step: temperature. While the highly important mercury-in-glass thermometer was developed by Daniel Gabriel Fahrenheit, the developer of the temperature scale, I'm all but certain that a capable scientist such as Mr. Fahrenheit would wince at the idea that his scale is still being used today.

The Celsius temperature scale is based on the most important substance in all of our lives - water. The freezing point is 0 degrees, the boiling point is 100 degrees. Logical, no?

To think about outdoor weather and cooking temperatures with reference points based on water, here are some charts that will help. The charts are based on the below formula based on the linear relationship between the temperature scales. 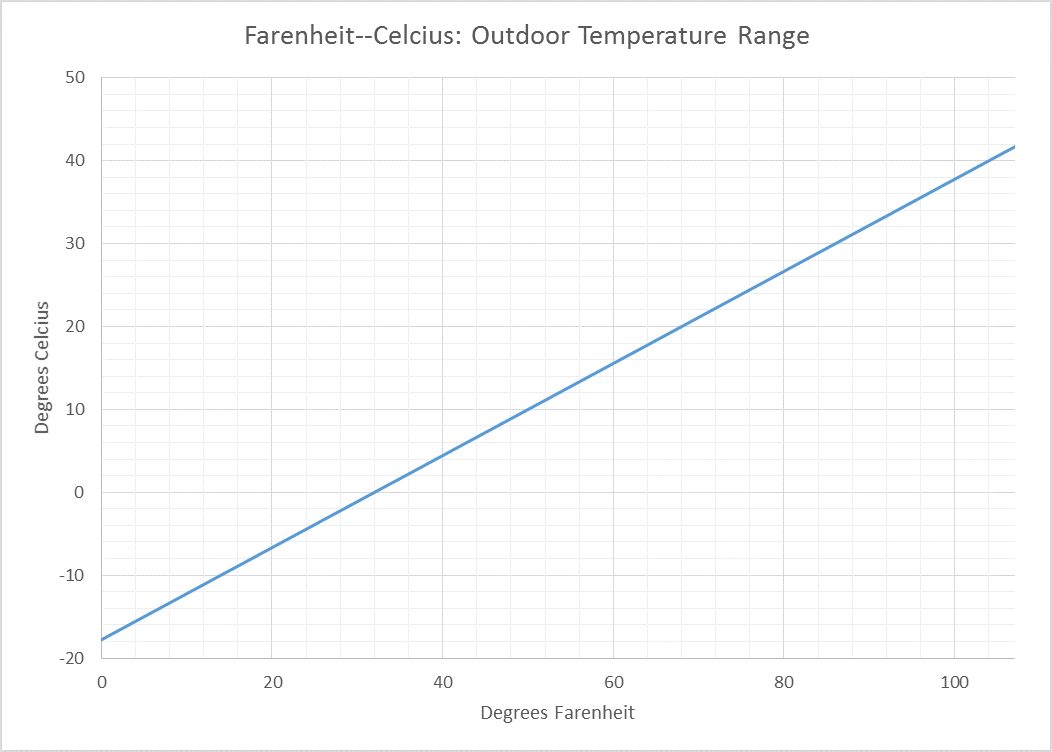 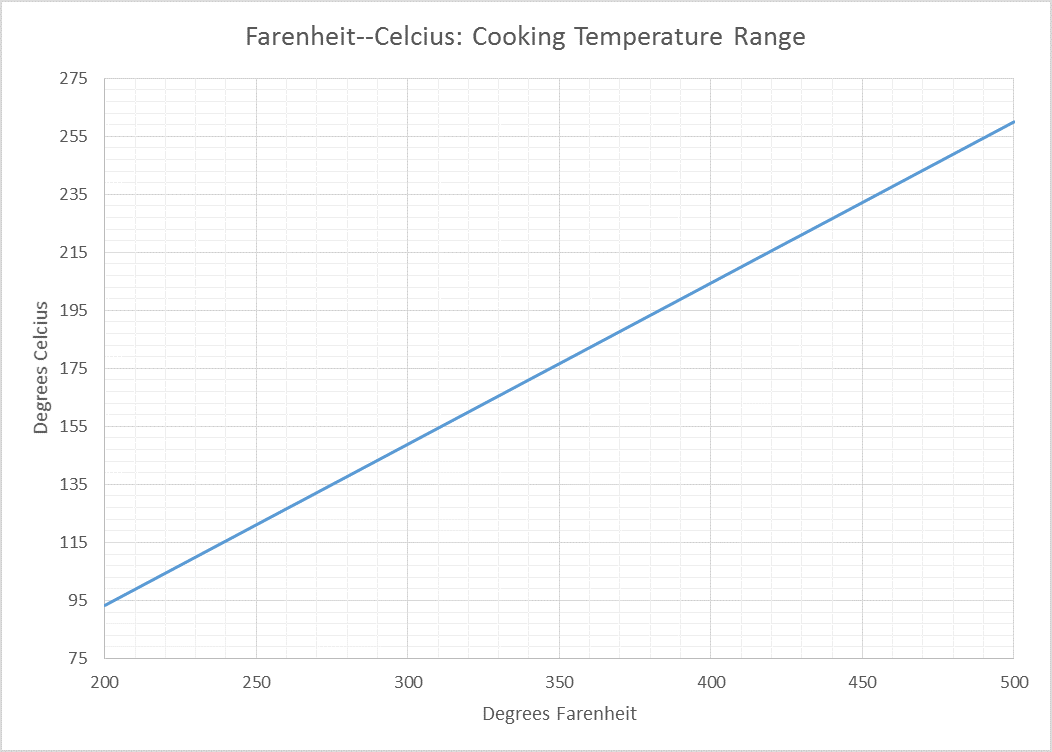 The metric system makes physical sense. The American Standard system makes sense if you still live in the 19th century. But we don't. At this point it's just tradition. And traditions should have to prove their worth.